Those three words pretty much sum up our last few weeks.

Andrew’s birthday was two weekends ago, and we had fun celebrating all weekend long. On Friday night, we headed to Shortfields in Traveler’s Rest to eat. It’s a newer restaurant, and I picked it for the sole reason that they serve Chicken and Waffles. Andrew has a little bit of an obsession with that meal, even though he’s only had it two times. I invited two of his friends and their wives to meet us at the restaurant to surprise him. 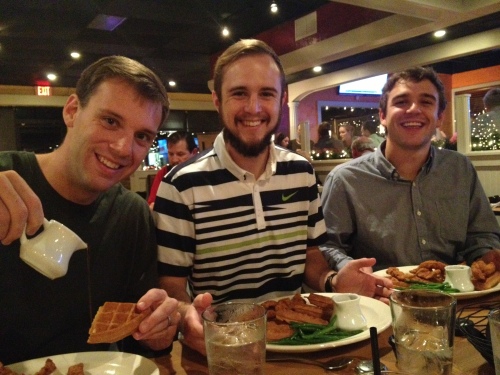 Here they are with their chicken and waffles. All three of them ordered the same thing. The waffles were pretty hard when they brought out the plates, but our waitress was quick to fix the problem and brought out three new plates with soft, hot waffles.

For the rest of the weekend, Andrew and I did our own little “culinary tour” and tried out a few restaurants in Greenville that we had never been to before. We also spent Saturday afternoon decorating Christmas cookies. I used this recipe for the cookies, and this recipe for the icing. We had a lot of fun and each put our own “spin” on the cookies we decorated. Here’s what I mean… 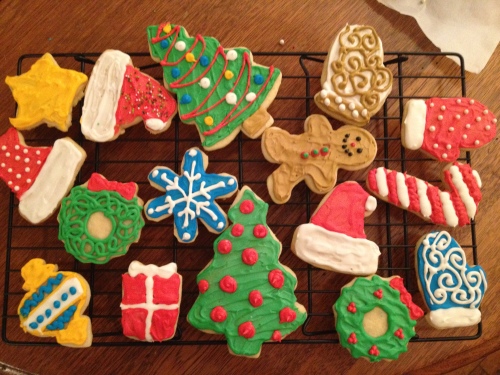 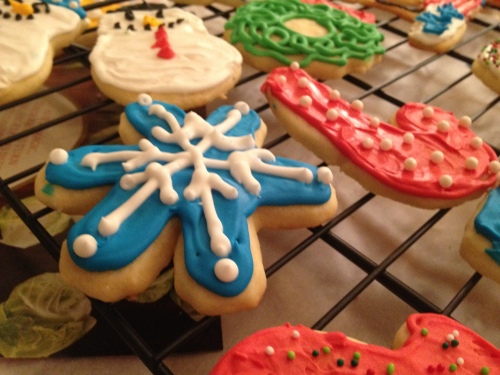 And these are a few of Andrew’s cookies. He decided to make them into different shapes. His gingerbread man became his favorite soccer player, Zlatan (in the yellow). That’s me right next to Zlatan – with the black boots, red shirt, and blonde hair – just in case you couldn’t tell. The black and white ghost like figure is Gandalf. He also turned his mitten into a goldfish. While he may not have gone with the traditional route, I do have to give him points for creativity…

Last weekend we headed to Cancun with Andrew’s work. They had a conference down there and the wives were invited for a long weekend. We had a lot of fun and forgot that it was actually the middle of December, that is, until we landed back in Charlotte on Sunday night where it was 40 degrees. Not freezing cold, but a big difference from 85 degrees and sunny. 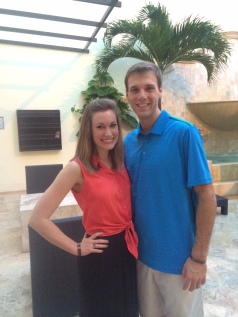 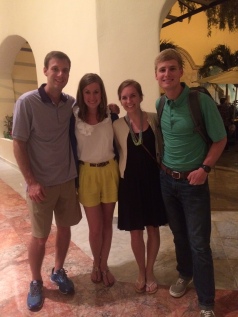 I came home to find out one of my college roommates got engaged, and another one is moving into my neighborhood when she gets married in May! So excited for both of them!

Speaking of engagements, my brother got engaged last night! Katie has already felt like part of the family for a few years now, but we are thrilled to officially welcome her into the family.

This weekend has been unusually warm, but gloomy at the same time. Perfect for staying inside and relaxing. We’ve already watched two Christmas movies this weekend and are going to see some Christmas lights tonight. I’m doing everything I can to soak up the last few days of this wonderful season.